Hide search options
Flights   »
to Portugal   »
to Lisbon
from Lisbon

LISBON IS THE CAPITAL, THE LARGEST CITY AND THE MAIN PORT OF PORTUGAL

Lisbon is one of the oldest cities in the world and the oldest city in Western Europe, surpassing modern European capitals like London and Paris for centuries.

To get to know this city, it is not at all necessary to look and see the sights. And you don't have to look for them, they are everywhere: just walking along the quiet narrow streets of the city, on the way you must meet an ancient cathedral, built around the 16th-17th centuries, or, if you go down to the river, a fortress.

What to watch and where to go?

built in 1515-1521 by Francisco de Arruda in honor of Vasco da Gama's discovery of the sea route to India and served in turn as a small defensive fortress, powder store, prison and customs. The four-storey structure, 35 meters high, is an example of the Manueline architectural style characteristic of Renaissance Portugal, but now almost lost. In 1983, the tower and the nearby Jeronimos Monastery were declared World Heritage Sites by UNESCO.

a fortress within the boundaries of Lisbon, the historical core of the city. The castle is located on a high hill and is visible from almost anywhere in the city. The place where the castle stands has been fortified since antiquity and served as a fortress for the Romans, Visigoths, and then the Moors.

Jeronimos - Monastery of the Jeronimites on the outskirts of Lisbon Belém

a grandiose monument of the late Gothic Manueline style of Portuguese architecture. Founded by Henry the Navigator in 1450, the monastery is inextricably linked with the history of the great geographical discoveries. It was here that Vasco da Gama and his companions spent the night in prayer before sailing to India. Apart from the kings Manuel I and João III, Vasco da Gama, Camões and Fernando Pessoa are buried in the monastery.

is located on the site of the Ribeira Palace, destroyed in 1755 by an earthquake. After the earthquake, the area was completely reconstructed. The square was named Commerce, this determined its new functions in the economy of Lisbon. The symmetrical buildings in the square were filled with government bureaus that regulated customs and port operations.

elevator in Lisbon designed to assist pedestrians to overcome a steep slope. It has been operating since 1902, linking Rua do Ouro with the Largo do Carmo square and thus connecting the Baixa lowlands and the high Chiado. The height of the elevator construction, made of cast iron, is 45 m. The facades are decorated in the neo-Gothic style. The elevator is designed for two elevators. Elevador di Santa Justa is used both by locals in their daily movements and by tourists, who, in addition to taking the elevator itself, are attracted by the panoramic views of the city, opening from the upper platform - the transition to the street network.

Monument to the Discoverers

a monumental ensemble in Lisbon dedicated to the outstanding Portuguese figures of the era of the great geographical discoveries. The height of the monument is 52 meters, the width of the base is 20 meters. Opened in 1960, although its layout was developed back in 1940. The monument is a white limestone caravel, on the nose of which stands the figure of the inspirer of Portuguese geographical discoveries - the Infante Heinrich the Navigator, and behind him on both sides - 32 more figures of prominent personalities of that era.

Museum of Art, Architecture and Technology

museum in the Belém area of the Portuguese capital Lisbon. The museum complex is located on an area of 38 thousand square meters at the mouth of the Tagus, not far from the confluence with the Atlantic Ocean. It includes a reconstructed power plant building from the early 20th century. and a modern building designed by the architect Amanda Leavit.

Cathedral of the Lisbon Patriarchate. It is believed that earlier on the site of the modern cathedral there was a Roman temple, in the IV-V centuries. converted by the Visigoths into a Christian church. After the Arab conquest of the Iberian Peninsula, although Christians were allowed to live in Lisbon, the church was destroyed and a mosque was built in its place. After the siege of 1147, the city was liberated by Christians, the mosque was destroyed, and a new cathedral was erected in its place, the building of which was already built in 1150. The 1755 Lisbon earthquake severely damaged the cathedral, but it has been restored. After that, elements of baroque, rococo and neoclassicism were introduced into the cathedral. However, in the 20th century, some neoclassical elements were redesigned in the Gothic style.

a place to realize your own abilities in almost any field, be it manufacturing, cooking, design, or just the ability to sell. Elshish Factory (LX - abbreviated Lisbon, X reads "shish") The former main spinning and weaving mill of the country, which existed here since 1846, is given to aspiring entrepreneurs to implement their own projects. In fact, this is a large market, with an area of 23,000 m², but in a more modern form and where you can buy a lot of hand-made things. Here you will meet creators of clothing, interior items, furniture, pavilions with various goods, small and cozy cafes and independent chefs.

a suspension bridge connecting Lisbon on the north and Almada on the south bank of the Tagus River. The bridge crosses the confluence of the Tagus into the Atlantic Ocean. It was opened on August 6, 1966. Until 1974, the bridge was named after Antonio di Salazar, but was renamed after the Carnation Revolution. The bridge is one of the 20 longest suspension bridges in the world.

WHAT TO SEE AND WHAT TO DO

You can start your acquaintance with the city by riding the yellow tram number 28. Its route is considered a tourist route, it passes through a number of observation platforms, along the main streets of the city, allows you to see the Cathedral and other attractions. The view of old houses and typical Portuguese courtyards will allow you to fully experience the flavor of this country. The yellow tram, the symbol of Lisbon, is a trailer built in 1930.

Another option for exploring Lisbon is using public transport or taxis. It is important to note that taxis are inexpensive and therefore affordable and convenient. If you start your journey from the central part of the city, it is impossible not to see a huge, beautifully designed elevator standing right on the street. Climbing to the very top, you can get to the observation deck, which offers a view of Lisbon from a great height. Lisbon is located among the hills, so viewing the panorama is especially interesting: on the one hand, there are houses with the same orange roofs, decorated with traditional azulejo tiles, on the other hand, a fortress or an old castle, a river gleams a little further.

Passing forward towards the Tagus River, on the way you meet the snow-white Arc de Triomphe on the Commerce Square.

Then it is better to take a taxi, as it takes a long time to walk on foot, and go to the Belem area to get acquainted with the magnificent castle - the fortress of Torre de Belem. Despite its small size, the snow-white castle is very beautiful, and the background of the blue sky and the Tagus River create a stunning view. On the way back, it is worth taking a look at the Bridge of April 25, leading to the statue of Christ, the height of which, together with the pedestal, is 110 meters.

On the opposite side of Lisbon is the modern area called Vasco da Gamma. There you can see the bridge of the same name, which is a spectacular huge structure, modern skyscrapers of bizarre shape, an unusual cascade of fountains. Shopping lovers will be interested in visiting the Vasco da Gamma shopping center - a modern structure with a huge number of boutiques, gift shops and transparent floors on the upper floors.

For a hiker, Lisbon is attractive for a huge number of observation platforms, old streets and squares, which are already attractions in themselves. For those who do not like walking, there is a wonderful opportunity to look into the remote corners of Lisbon, using the services of taxis or tourist buses.

BOOK A TICKET TO LISBON WITH AVIA.MD

The easiest way to buy air tickets to Lisbon and back is to use the online booking and purchase of air tickets. Payment is also carried out remotely, without the need to visit the office. The ticket purchase and sale agreement can be easily read online. If you need access to the rules for the provision of services, you can read online. On AVIA.MD you can find all the rules regarding the public safety of personal data.

Also, in order to get the most out of your stay in Lisbon, along with the purchase of an air ticket, the AVIA.MD website provides online booking of a room in one of the many Lisbon hotels.

To Lisbon -
Departure From:

From Lisbon -
Departure To: 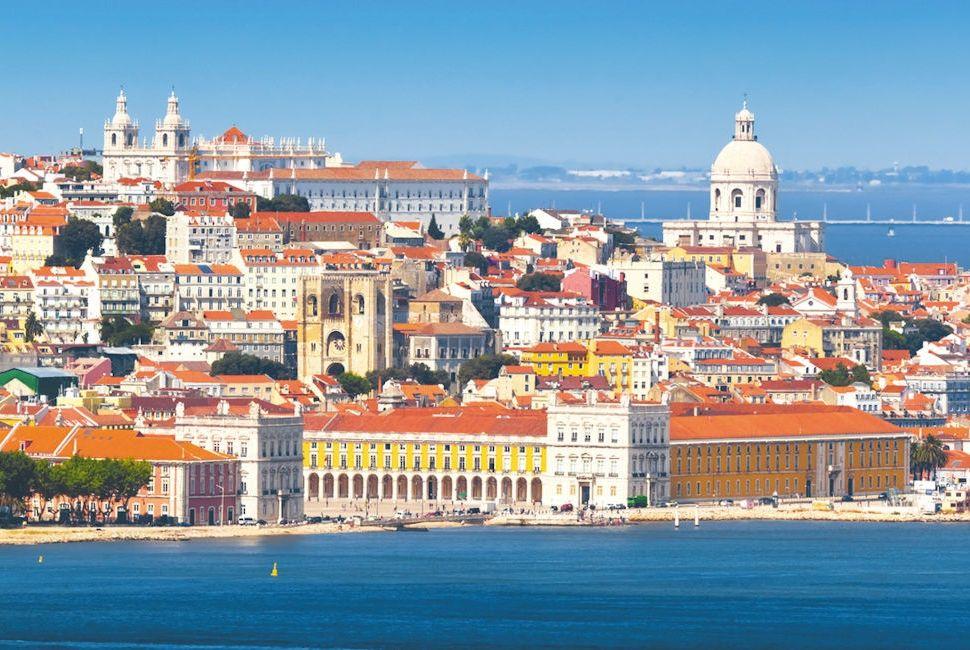