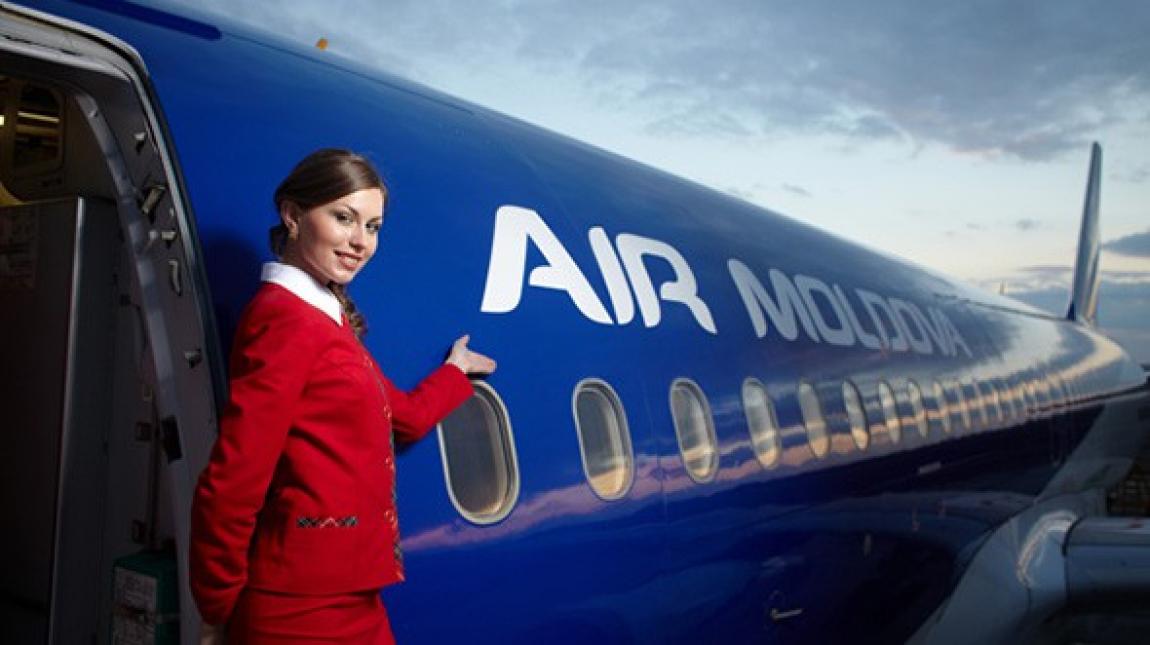 Today, Air Moldova Airline - is one of the most recognized brands, due to its reliability and stability.
The undisputed leader of civil aviation in the Republic of Moldova is based at Chisinau International Airport and performs regular and charter flights to 33 directions:
Barcelona, Bologna, Bucharest, Dublin, Istanbul, Frankfurt, Larnaca, Lisbon, London, Kiev, Milan, Moscow, Paris, Rome, Venice, Verona, Saint Petersburg, Tel – Aviv, to which are added seasonal races: Antalya, Dalaman, Heraklion, Tivat and Sharm - el - Sheikh.
The company was registered shortly after the collapse of the Soviet Union, in accordance with the decree regarding the reorganization of the aviation industry, issued by the first president of the Republic of Moldova - Mircea Snegur. Air Moldova has been operating since 12 of January, 1993. The carriers fleet consisted of aircraft stationed at that time at the capitals airport, which served major highways for passenger lines. Air Moldova has managed to survive in an unstable political situation, the breakdown of economic relations and the significant reduction of the consumption demand for air transport in the 1990s. In the early 2000s, Air Moldova established several direct flights to major European cities, as well as supplementing its fleet with new modern aircraft, which led to a significant increase in passenger traffic. In 2003, it launched the process of implementing an aggressive marketing strategy, including a set of measures to change the logo and exterior change of aircrafts. As a result of the extensive program of modernization of the air fleet, the improvement of the personnel qualification and the guarantee of the flight safety in 2004, Air Moldova became a member of the International Air Transport Association (IATA) and the International Civil Aviation Organization (ICAO). In the same year, confirming its slogan " Born to fly", the leader of the Civil Aviation Authority of the Republic of Moldova launched the Air Moldova Club program, which offers attractive bonuses for loyalty.
The Air Moldova fleet owns modern aircraft of different capacities: the popular medium-sized Airbus A320 and A321 aircraft, and the Embraer 120Jet and 190Jet, which have exceptional characteristics that allow them the transportation at a distance of 3000 - 4000 km.
The passengers are served on the board of the aircraft depending on the requested class: Economy and Business Regardless of the class and according to the duration of the flight, passengers get an excellent service, as well as quality food, snacks and drinks. Air Moldova tickets can be purchased on the AVIA.MD web - site, using the modern online reservation system, with search parameters, which can be easily modified.

Information on current promotions can be obtained from the competent managers at the following telephone number: 022-890-890.