Hide search options
Flights   »
to Belgium   »
to Brussels
from Brussels 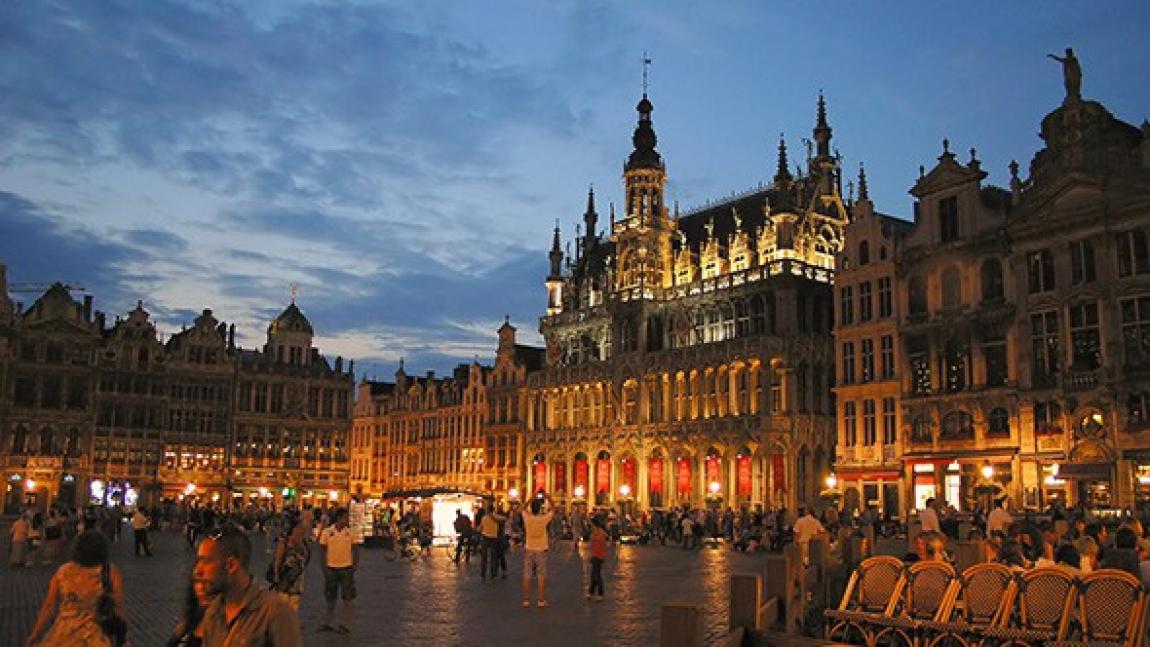 BRUSSELS IS THE CAPITAL OF BELGIUM AND THE BRUSSELS CAPITAL REGION.

Brussels hosts the headquarters of the European Union, the NATO office, the secretariat of the Benelux countries and the institutions of the French and Flemish communities and Flanders.

What to watch and where to go?

historical square in the center of Brussels, one of the most important tourist sites of the city. It is surrounded by houses built in the 17th century. Two of the most important sights are located here - the town hall and the Bread House or the King's House. The Brussels Market Square Ensemble is listed as a UNESCO World Heritage Site.

the first arcade in Europe, opened in 1847 in Brussels. The building, 213 meters long, consists of a long corridor with two upper floors under a slightly curved iron-framed glass roof. In the aisle, pilasters separate the showcases of individual shops. The entire structure is designed in the Italian Cinquecento style. The idea goes back to the Dutch architect J. P. Kleisenar, who set out to replace the narrowly built-up and poorly lit part of Brussels between Grasmarkt and Kreidtuinberg with a street and thereby attract higher strata of society to the area.

one of the most famous sights of Brussels, located in close proximity to the Grand Place, at the intersection of Bannoy and Oak streets. This is a miniature bronze statue-fountain in the form of a naked boy urinating into a pool. The exact time and circumstances of the creation of the statue are unknown. According to some reports, the statue existed already in the 15th century, possibly from 1388.

was designed for the opening of the World Exhibition in 1958 by the Belgian engineer Andre Waterkeyn as a symbol of the atomic age and the peaceful use of atomic energy. The construction of the building was led by the Polak brothers. The structure, initially covered with an aluminum layer, and after the overhaul completed in February 2006 with a steel shell, consists of nine spheres, which are combined into a structure depicting a cubic fragment of the iron crystal lattice, enlarged 165 billion times. Six of them are accessible to visitors.

is a park located in Broupark at the foot of the Atomium in Brussels. The Mini-Europa Park presents reproductions of the most beautiful monuments in the European Union in 1/25 scale. About 80 cities and 350 buildings are exhibited. The park is known for the quality of the mockups, some of which cost up to 350,000 euros. There are numerous animations in the park. The guide has details on all the monuments. At the end of the route, the interactive exhibition "The Soul of Europe" presents the European Union in an interactive and playful way.

the official residence of the Belgian monarch, located in the center of the capital in the Brussels Park. The Belgian royal family actually resides in the Laeken Palace, located in the Brussels district of Laeken. The Royal Palace is used by the king mainly as a place for official events. The modern classicist façade appeared only in the 1900s. The building of the palace itself began to be built at the end of the 18th century. The Royal Palace should not be confused with the King's House on the Grand Place, which, despite its name and location in the historic center of Brussels, has never been used for the needs of the monarchs.

Cathedral of Saint Michael and Gudula

Gothic cathedral in Brussels, the capital of Brabant, and now Belgium. In 1047, the Count of Louvain Lambert II transferred the relics of St. Gudula to the Church of St. Michael in Brussels and founded a chapter in it. In 1200, Henry I of Brabant started the renovation of the temple, and in 1226 Henry II of Brabant decided to change the building style to Gothic. Work on the construction of the choirs continued from 1226 to 1276. The facade was almost completed in 1450, and by 1485 the interior decoration was also completed.

built during the Brusselsization period. Characteristic of this period were the massive geometric forms of postmodernism, expressed in the architecture of the Royal Library of Belgium and the Palais des Congrès. From the top of Mount Arts, you can see the Grand Place, and on a sunny day, besides the Atomium and the Basilica of the Sacred Heart. In addition to the Royal Library on the Mountain, there is a complex of museums and art galleries: the Museum of Musical Instruments, the Royal Museums of Fine Arts and others. A little higher are the Royal Palace, the Royal Park and the Palace of the Academies.

a museum in Brussels, the capital of Belgium, whose exposition is dedicated to the life and work of the architect Victor Horta. The museum is located in the same building that was once a residence

BOOK A TICKET TO Brussels WITH AVIA.MD

The easiest way to purchase air tickets to Brussels and back is to use the online booking service of the AVIA.MD. Payment is also carried out remotely, without the need to visit the office. Find out with what bank cards you can pay for air tickets. The purchase and sale agreement for air tickets can be easily read online. If you need access to the Terms of Service, you can read online at AVIA.MD.

Also, in order to get the most out of your travel, while buying an air ticket, the AVIA.MD website provides online booking of a room in one of the many hotels in Brussels.

To Brussels -
Departure From:

From Brussels -
Departure To: