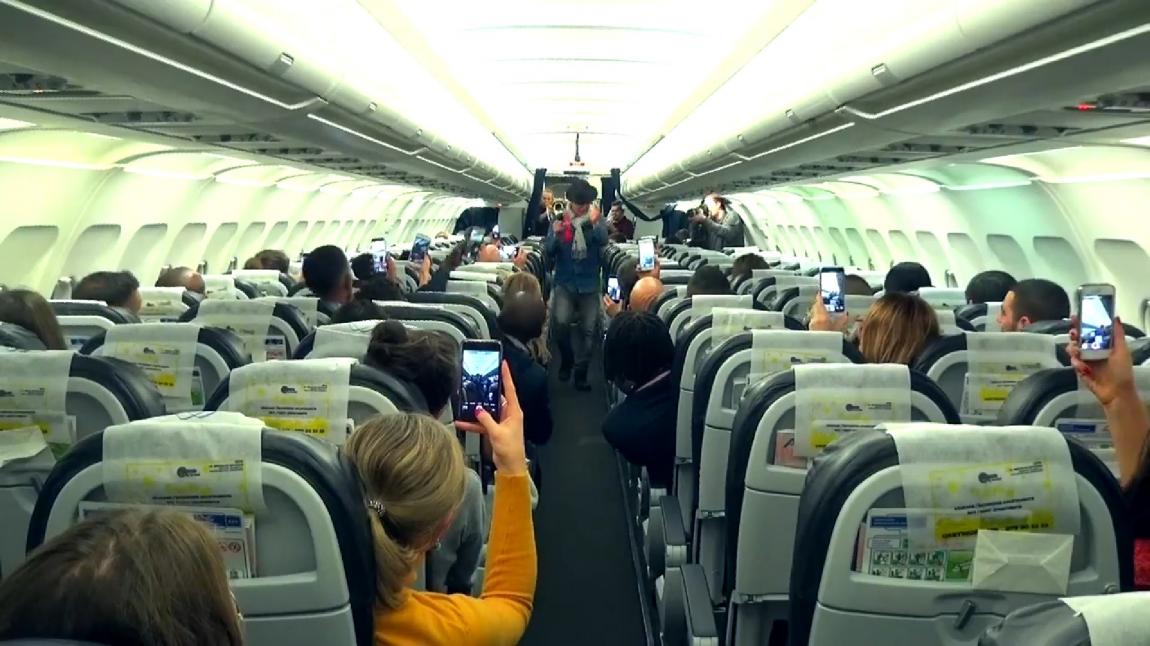 On the occasion of the winter holidays as well as the anniversary of the Air Moldova airline, the passengers of the Chișinău – București route were pleasantly surprised with a live performance of the band Zdob și Zdub, onboard of the aircraft while it was mid-flight. The guys from Zdob și Zdub, a band which combines elements from a wide spectrum of genres, from rock to etno, have fired up the atmosphere with a live performance of the song “Moldovenii s-au născut”. This was a pleasant surprise offered by the airline to the people onboard, who in turn filmed the unusual moment and gave a thunderous applause to the performers. It should be mentioned that Air Moldova is a leading air transport company on the internal market and it will celebrate on January the 12th its 25th year of activity. Today, the company provides flights to 30 destinations and has 7 aircrafts at its disposal. The company’s main service is passenger transportation but it also provides postal and cargo transportation. The passenger transportation is provided by both regular as well as charter flights, having an economy class and a business class. On the present day, Air Moldova serves about half of the passenger flow on the internal market. As Air Moldova celebrates today, the 12th January, the 25th anniversary, the Travel Company Solei-Turism congratulates all employers of the airline company and wishes them constant prosperity.