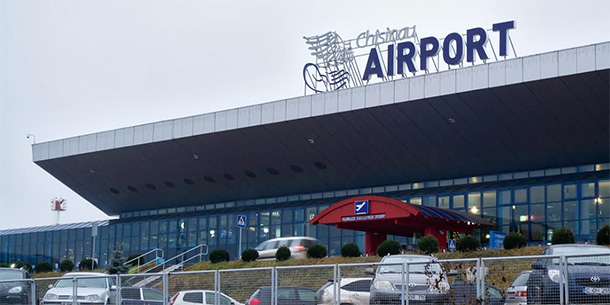 About Chisinau International Airport.
Chisinau International Airport is one of the biggest airports situated on the territory of Republic of Moldova. This is one of the main entrance point for passengers coming to Moldova. The airport serves annually 2,9 million passengers having flights from/to Chisinau and in 2007 it was declared to be One of the Best Airports from all CIS states. The airport is located at only 13 km from the city center.

Getting from the airport is simple and affordable for everyone. Straight from the Airport passengers can take the trolleybus with a special route to the city center. Passengers can also take taxi services, bus services or rent-a-car option. Theairport has a modern infrastructure, 24/24 Duty Free shops, relaxation zones, traditional restaurants and cafes. Parents with small children can use the special mother and child room as well as a playing ground for children. The airport offers also VIP sevices. Chisinau International Airport has a VIP Lounge , VIP Car service or Senator VIP Club. An interesting option is the welcoming of VIP passengers after landing at the aircraft. Chisinau International Airport operates all year round direct flight to Moscow, Bucharest, Istanbul, , London, Vienna, Frankfurt, Rome,Paris, Milano, Kiev, Antalya, Verona, Bologna, St. Petersburg, Munich, Dublin, Barcelona, Tel Aviv and other important destinations. Nowadays, 16 air companies operate flights from Chisinau International Airport, as a result the airport offers its services to more than 40 destinations with flights from/to Chisinau.

To Chisinau / Chisinau
Departure From:

From Chisinau / Chisinau
Departure To: