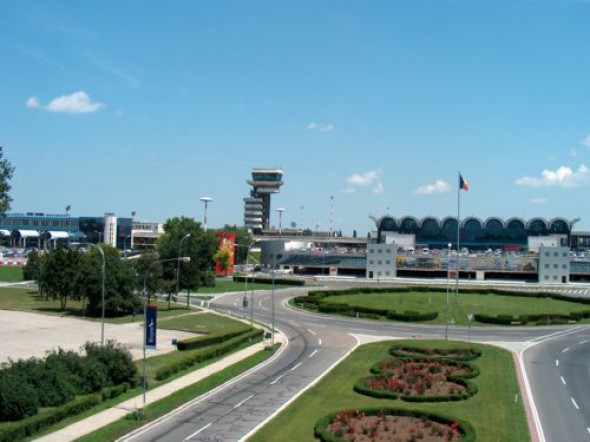 About Henri Coanda International Airport. Flight to Henri Coanda International Airport - the busiest airport in Romania located in Otopeni -16.5 km north of downtown Bucharest. This is a good start to a holiday in the heart of Romania! The airport is also known as Bucharest Otopeni International Airport and is managed by the Bucharest National Airports Company. In 2019, the airport served about 14.6 million passengers.
By the way, things to know: Henri Coandă, in whose honor was named the airport, was a Romanian academician and aeronautical engineer, was the inventor of the first jet plane which brought him worldwide fame. The airport has a well thought out infrastructure and tuned down to the smallest details, so that any traveler to / from Bucharest can have a pleasant experience. At the airport we find numerous bars and restaurants that can be to everyone's liking. Also, the airport has a lot of shops, some specializing in flowers or perfumes, others in the sale of cigars or exclusive wines. If you are traveling with your child, Henri Coandă International Airport has Mother and Child salons, special for the care of a baby. Airport transportation isn't a problem either. It offers the possibility of rent-a-car services, taxi services, Bucharest Transport Company bus routes and Heneri Coanda Express Trains, all perfect to save your time. The airport has dozens of airlines, most of them throughout the year, others being seasonal.
By the way, book now flight tickets from Chisinau to Bucharest, flights that take place throughout the year.
Visit the capital of Romania and order flight tickets on AVIA.MD to Henri Coanda International Airport. Flight to Bucharest - a city that will be imprinted in your soul and will leave you with wonderful impressions, especially since you have the most advantageous prices for airline tickets.

To Bucharest / Otopeni/Henri Coanda
Departure From:

From Bucharest / Otopeni/Henri Coanda
Departure To: